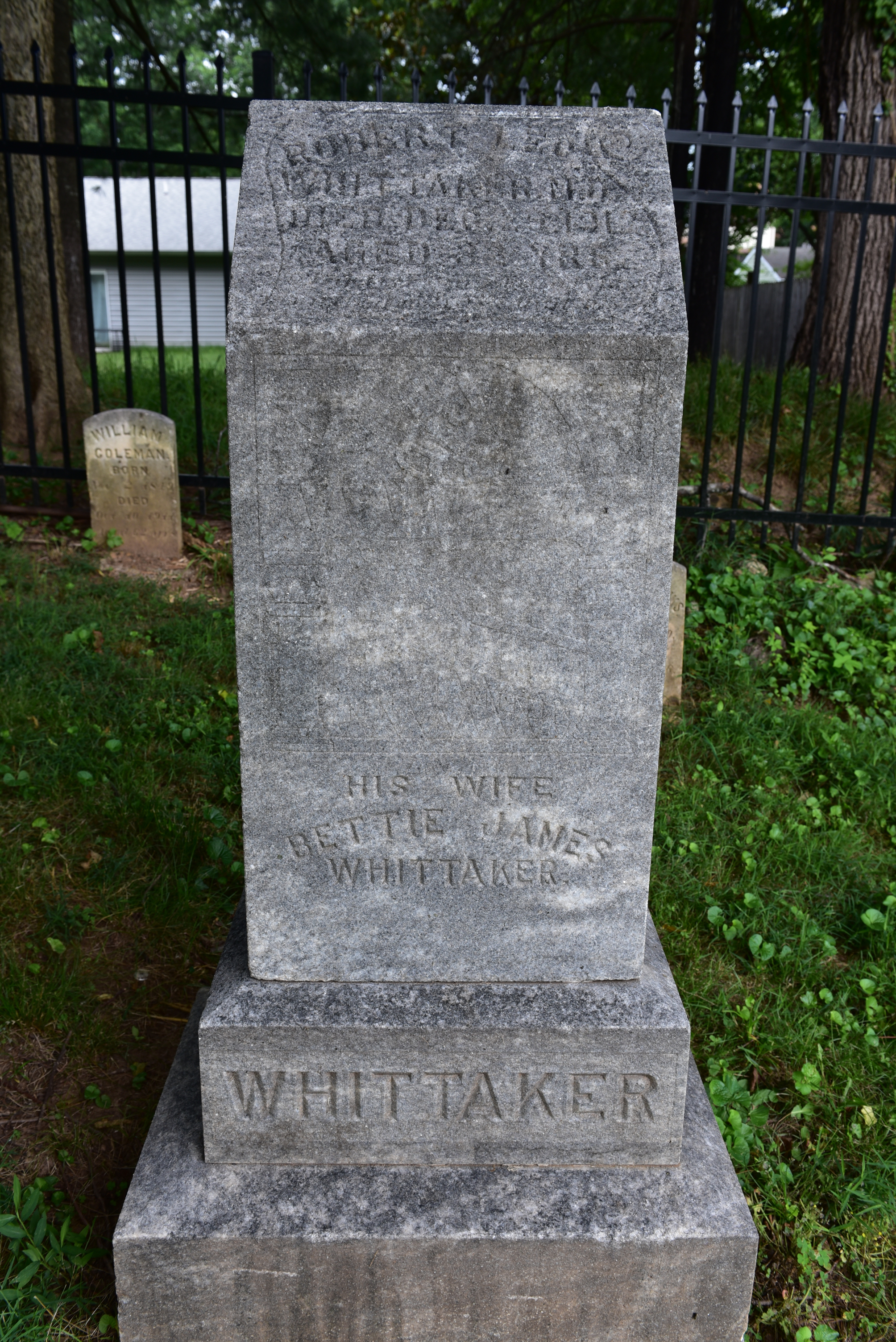 The Whittaker marker was repaired in August 2016. Many thanks to Monnes Masonry for their excellent work! Special thanks to Charlottesville Parks & Rec for their assistance with the heavy lifting. The repair costs were funded by the Q2 2016 Seton Shields Genealogy Grant. Thank you Megan Smolenyak!

Doctors Robert L. Whittaker and Walter T. Foreman worked together to realize a dream: a hospital operated by and for African Americans in Newport News. They started out in 1908 by renting four rooms on the second floor of a house with two other physicians, William P. Dickerson (a Keswick native) and W. T. Jones. When the hospital finally opened in 1915 in a new 3-story frame building, Dr. Foreman insisted that it be named Whittaker Memorial for his friend Robert, who died before their dream could be realized.

The Whittaker Memorial Hospital is now listed on the National Register of Historic Places.