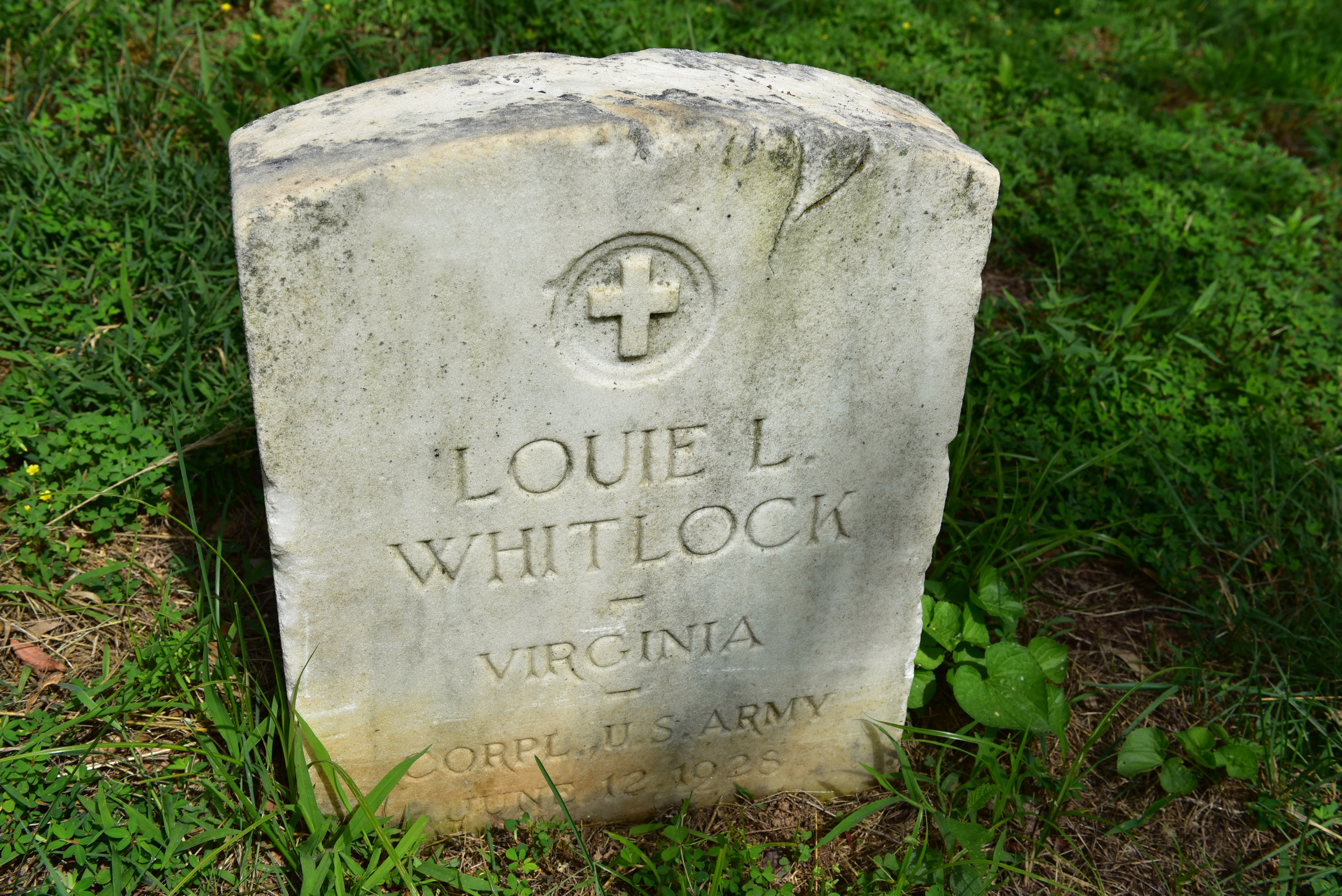 On June 19, 1918, Frank Terry and Louis Lafayette Whitlock left Charlottesville for Camp Lee on the train in a contingent of thirty-nine men. The Daily Progress reported that the men marched from the local draft office to Main Street Station “where they were greeted by a large gathering of their relatives and friends and were provided with certain little comforts and an abundance of good cheer and best wishes.” Both men are buried at Daughters of Zion.