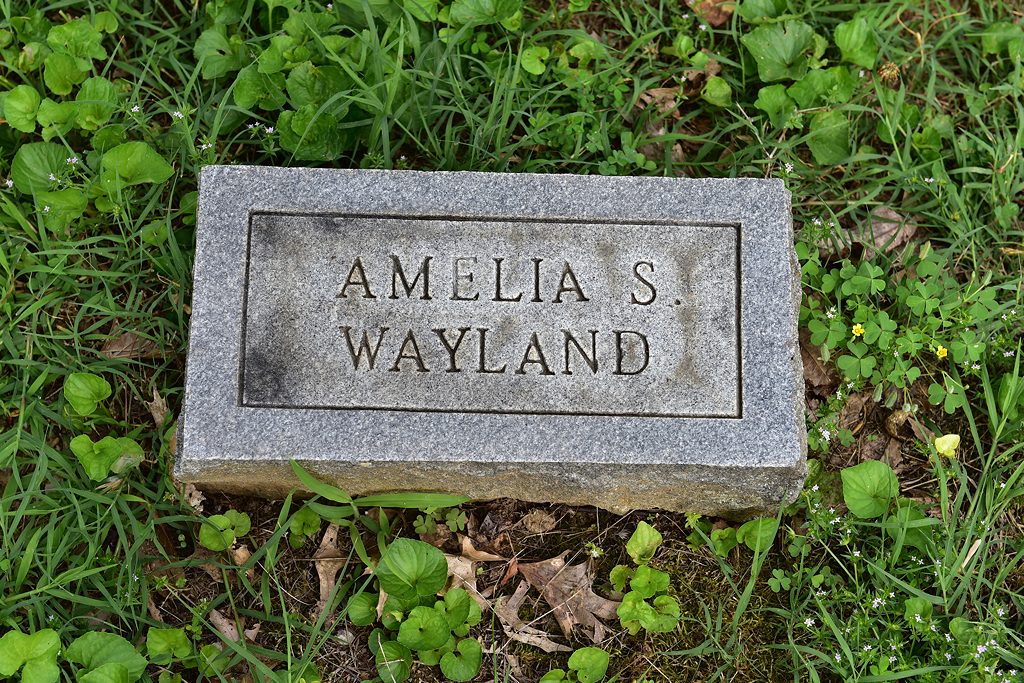 Amelia Spinner, daughter of Jesse and Nora (Banks) Spinner, was almost 19 years old when this photograph was taken on May 9, 1914 at the Holsinger Studio. Three years later, on February 28, 1917, she married Charles Clarence Wayland, son of Lewis and Nannie (Goodloe) Wayland.

Charles and Amelia Wayland must have moved into this house at the corner of 5th Street SW and Dice shortly after it was built (ca. 1925), possibly by his mother’s brothers, the Goodloes, who were carpenters and builders. They lived in this beautiful house until Charles’ death in 1946 and Amelia’s in 1975. In 1939 the Wayland house was featured in New Journal and Guide.