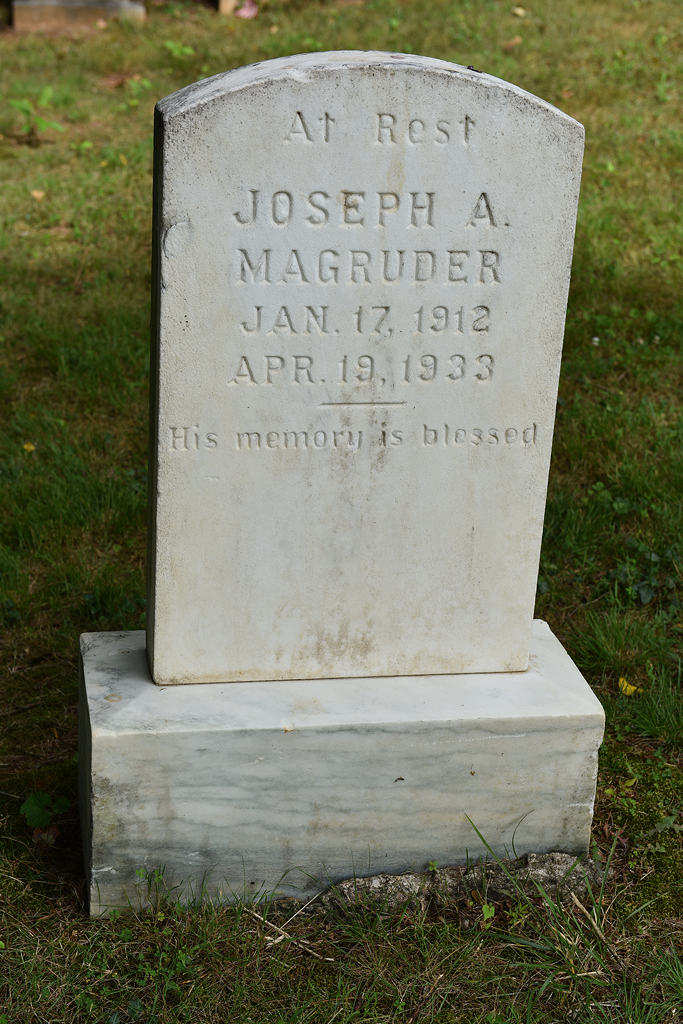 Although Joseph Magruder’s headstone stands alone in an open grassy area at Daughters of Zion Cemetery, recent research indicates that two headstones that are missing now might once have stood next to it—those of his niece, Lottie Althea Brown, and of his half-brother Frank Terry.

Joseph Magruder was the son of Ernest and Josephine Magruder. Josephine, who was widowed before she married Ernest, had two children, Frank Terry and Katie Lillian Terry, with her first husband, John Terry.

Frank Terry was engaged to be married when he died on Christmas Day in 1948, just two days before his wedding day. His death certificate shows that he was buried at Daughters of Zion Cemetery.

Katie Lillian Terry is buried with her husband Louis Carroll Watson at nearby Oakwood Cemetery but J.F. Bell Funeral Home records indicate that Katie’s daughter, Lottie Althea Brown, who lived in New York with her husband David Brown, was brought home to Charlottesville to be buried at Daughters of Zion Cemetery when she died in 1975.

For at least twenty years, from 1910 to 1930, the Magruder family lived at 430 Garrett Street, where Friendship Court now stands.