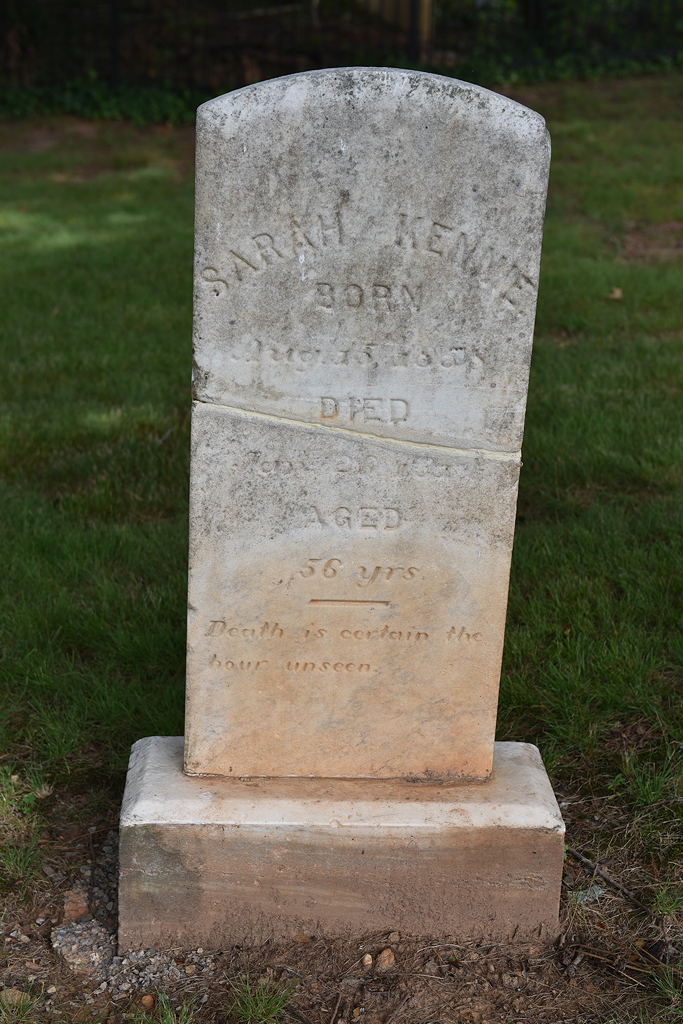 Sister and brother Sarah and William Kennie (McKennie) are buried side by side at Daughters of Zion cemetery. It’s fortunate that their gravestones are both still there because William’s obituary in the Daily Progress says he was buried at Oakwood and Sarah’s death certificate says she was buried at Oak Hill. Although her 1914 gravestone says Sarah Kennie and his 1929 gravestone says William McKenney, their names in the Daily Progress are reversed: her obituary calls her Sarah McKennie and his calls him William Kennie. Sarah’s obituary says that she was the sister of William McKennie and their death certificates show them both to be the children of Thornton Kennie (Kenny).

The contradictory documents about William and Sarah Kennie (McKenney) illustrate how sometimes it’s only by looking at all the documents together that we can begin to get a clearer and truer picture of the past.