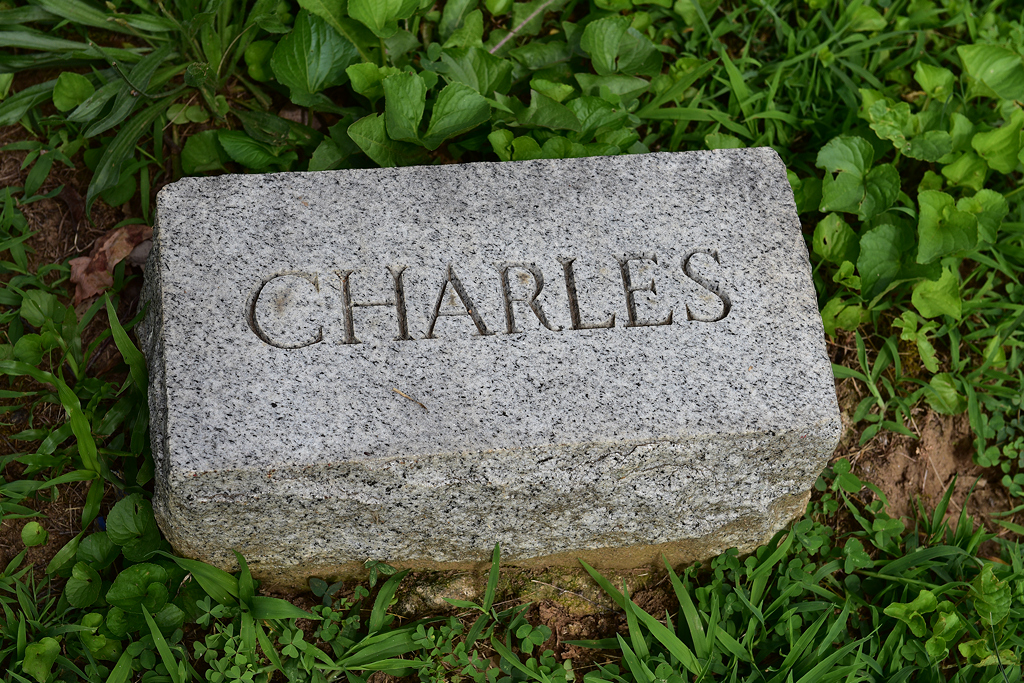 The family of Charles and Nancy Hawkins Goodloe helped build and helped bury the African American community in Charlottesville from the end of the 19th century well into the 20th. In October 1897, The Richmond Planet reported that Charles Goodloe and Sons was building a home at the corner of Dice and Sixth Street SW for Charles Goodloe’s daughter Nancy and her husband, Lewis Wayland, who are also buried in the Goodloe plot at Daughters of Zion Cemetery. Goodloe and his sons built many homes and businesses in the area over the next four decades. Charles Goodloe also served on the Board of Directors for the Piedmont Industrial and Land Improvement Company, which provided credit to African-American homebuyers.

Other members of the extended Goodloe family worked as embalmers and undertakers. The son of Lewis Wayland and Nannie H. Goodloe, Charles attended the Eckels School of Embalming in Philadelphia. He was employed by the firm of Irving, Way, Hill Co., a white undertaking firm that was the forerunner of the Hill and Wood Funeral Service still operating in Charlottesville today. He later ran his own undertaking business in Bedford, Va. As his draft card for World War II shows, he also worked for the University of Virginia Hospital. He was an embalmer there until the end of his life.

Evidence of the Goodloe family’s impact on Charlottesville is still evident on the landscape. Charles Goodloe’s daughter Willie L. Goodloe was the wife of Jackson P. Burley, one of the most well-respected educators in the city, and the namesake of Burley High School (now Middle School) on Rose Hill Drive, established in 1951. The Barrett Early Learning Center on Ridge Street is another reminder of the Goodloe’s civic involvement. In 1935, after the Daughters of Zion society disbanded, Courtney Goodloe bought Zion Hall from the society in order to keep its legacy alive. One of the many organizations housed there over the years was the Janie Porter Barrett Day Nursery, now located just up the hill from the former site of Zion Hall.