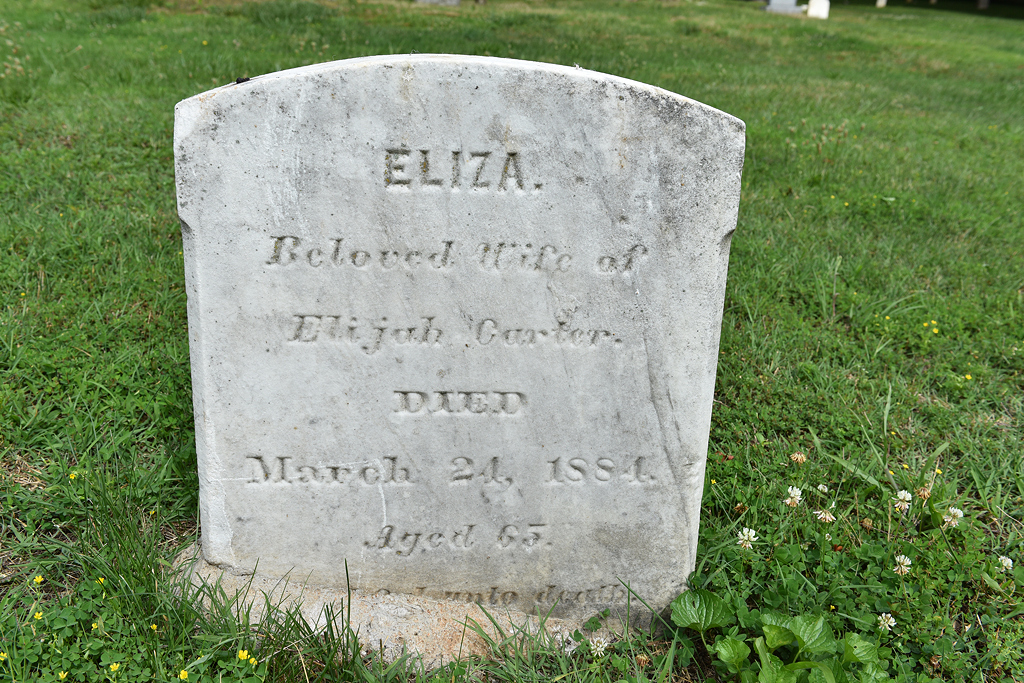 In 1880, at the age of 60, Eliza Carter was a resident employee in the household of Charles S. Venable and his wife, Mary Southall Venable at 110 East Jefferson Street. The Southall Venable House occupied an entire city block in downtown Charlottesville, the block now known as Market Street Park.

Living and working in the Venable household alongside Eliza Carter were Betsey Tinsley Toler, 63 years old, (who was also buried at DOZC) and Hattie R. Wright, 30 years old, who moved to Texas with the Venables in the early 1900s and was buried in Texas when she died at the age of 67.