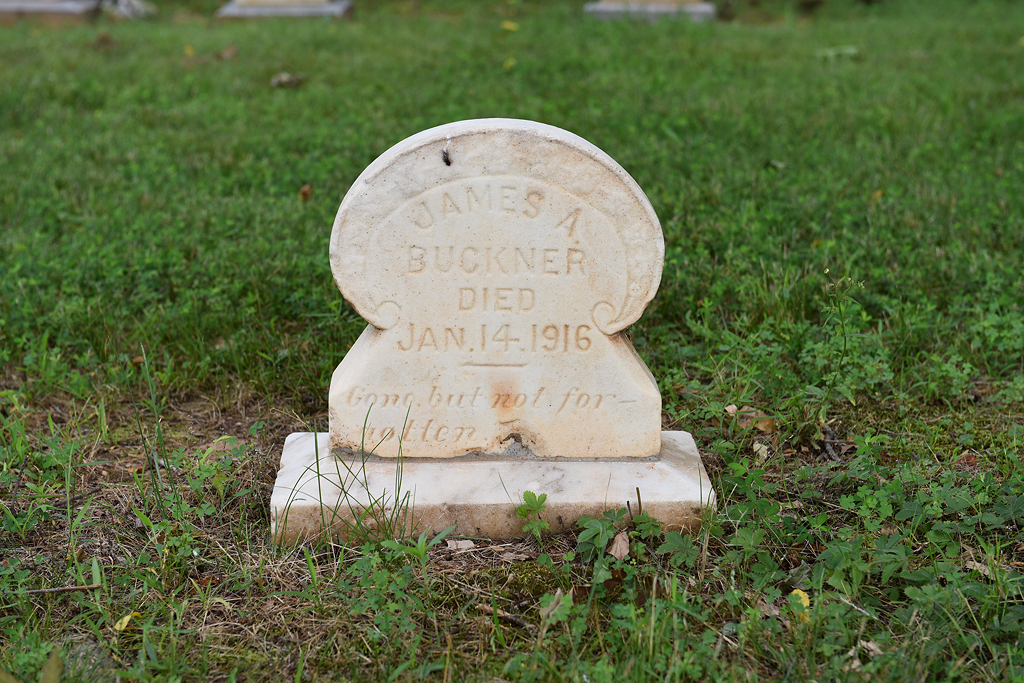 James A. Buckner and his father Robert Buckner are buried side by side at the Daughters of Zion Cemetery. On the same day that James A. Buckner’s obituary appeared in the Daily Progress, the Richmond Times-Dispatch published the news that his son Dr. Roscoe W. H. Buckner had passed the state examination to qualify for a Virginia medical license.

Dr. Roscoe Buckner went on to become a highly respected surgeon in Montclair, New Jersey. His mother Annie Conrad Buckner moved to Montclair to be near him after the death of her husband James in 1916. Annie’s mother Katie Conrad is buried at Daughters of Zion Cemetery but there is no longer a gravestone there for her.

Note: The Daily Progress obituary incorrectly states that Dr. Roscoe Buckner had recently graduated from Harvard. In fact he received his M. D. in 1914 from Howard University.