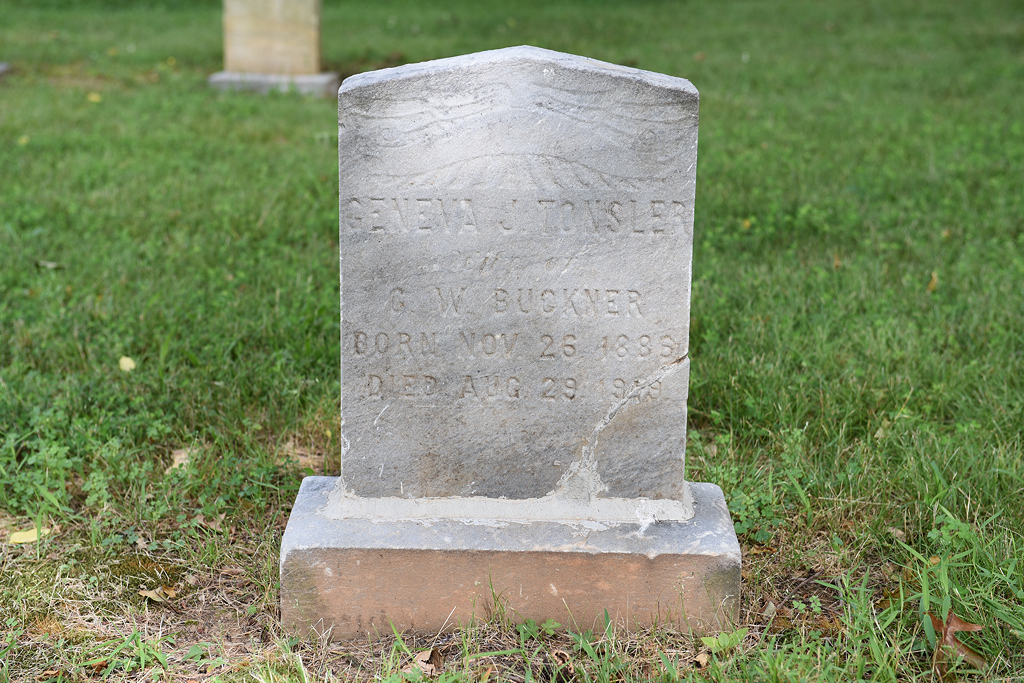 In 1919, at the young age of 32, Geneva Tonsler Buckner died of tuberculosis at the Piedmont Sanitorium in Burkeville, Virginia, leaving behind her husband George Walker Buckner (1886-1928) and their ten-year-old daughter, Eileen Wood Buckner.

George W. Buckner had a highly distinguished career. He grew up in Charlottesville and in his early years he worked at the grocery store of his father, Anthony T. Buckner. After earning a degree at Hampton he taught for two years at Tuskegee Institute before moving to Missouri to serve as Executive Secretary of the St. Louis Urban League.

In 1919, as “speaker of the day” at Charlottesville’s July 4th Homecoming Celebration for WWI veterans, George Buckner “recalled the part the negro had played in the growth of our country and urged the large audience to assist the returning soldier in getting readjusted to civil life” and he made a “strong plea for better schools, larger economic opportunities, greater participation in civic affairs.”

On February 12, 1921, an article written by George W. Buckner entitled “The New Negro: What He Wants” was published in The Charlottesville Messenger, a newspaper edited and published by John G. Shelton, principal of the Albemarle Training School. Although that issue of The Charlottesville Messenger no longer exists, part of the article was reprinted on page one of The Daily Progress the following Wednesday, Feb. 16, 1921.

In 1922 G. W. Buckner worked with others to organize the People’s Finance Corporation, designed to serve the African American community in St. Louis. He served as Vice President and Manager until his death in 1928.

G. W. Buckner corresponded with W. E. B. Du Bois often throughout his career. More than 30 letters between the two men, dating from 1919 to 1928, have been preserved and can be viewed at the website of the W. E. B. Dubois Papers.

George Walker Buckner died on March 18, 1928 and was buried at Saint Peter’s Cemetery in St. Louis.