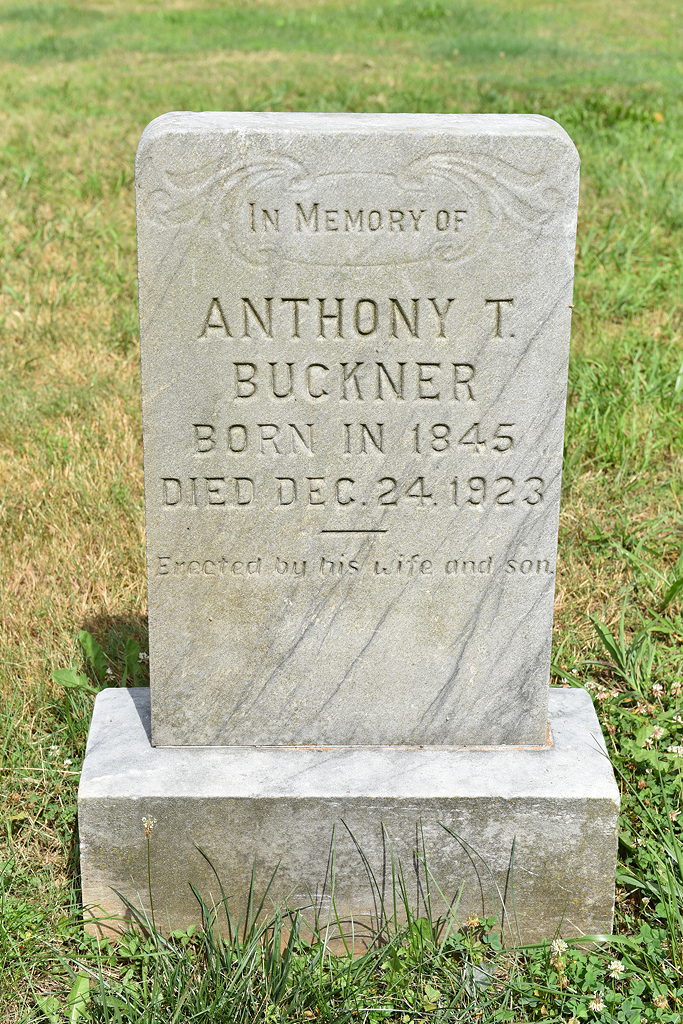 Anthony T. Buckner came to Charlottesville with the Fife family and served as a body servant to Robert Herndon Fife during the Civil War. As a freedman, Buckner worked for approximately five years at the University of Virginia before opening his own grocery store that he operated for about 38 years on West Main Street. Shown in the 1918 Holsinger photograph below with his granddaughter Eileen Buckner, daughter of Anthony’s son George Buckner and Geneva Tonsler Buckner.