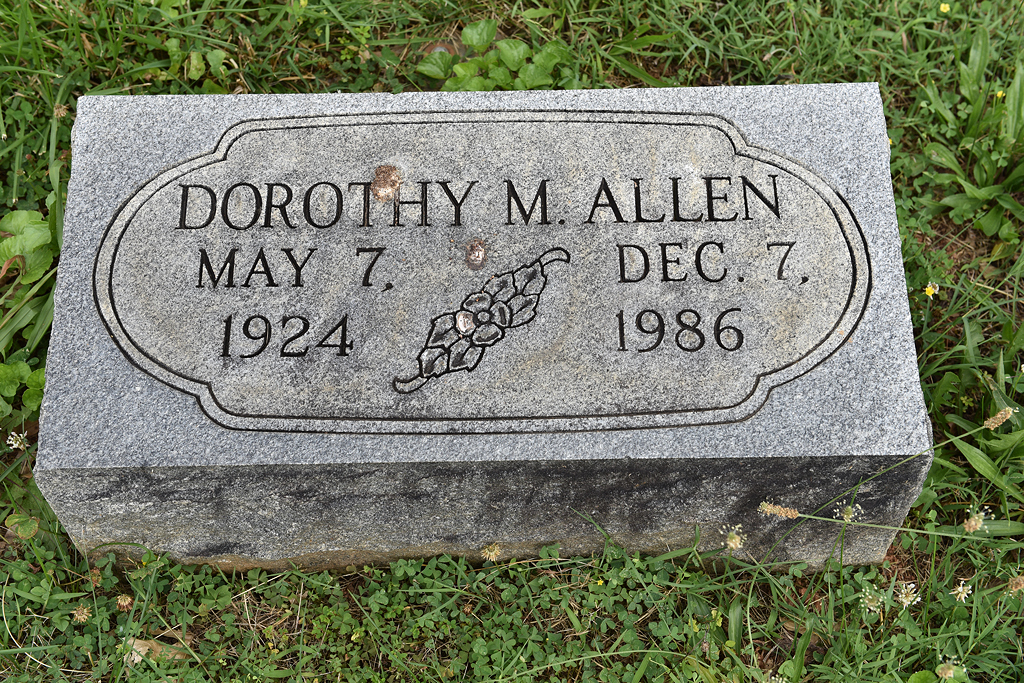 Kenneth Walker Allen and his wife Dorothy Mae Murray Allen are both buried at Charlottesville’s Daughters of Zion Cemetery. Mr. Allen who died in 1995 is the last known burial at the historic cemetery.

“On the corner of Garrett Street and Sixth Street Southeast, Kenneth and Dorothy Allen on Easter weekend open a grocery store down the street from their home. They call it Allen’s Store, and it becomes the neighborhood staple for meats, vegetables and everyday needs.”
from “The Reimagining of Friendship Court”
by Jordy Yager
CHARLOTTESVILLE TOMORROW
(Charlottesville, Virginia)
January 11, 2019